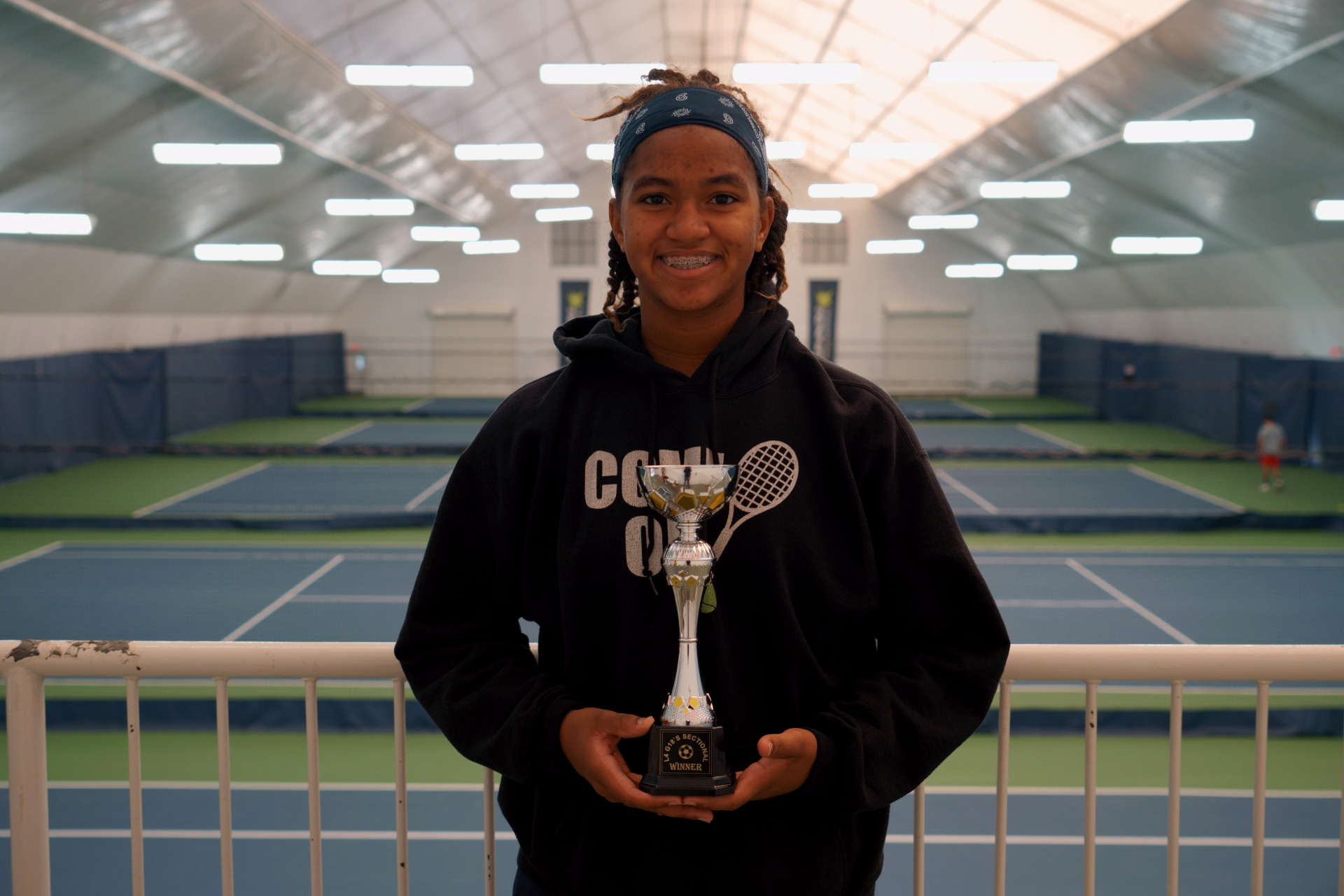 Ariana has made her steady rise up the 18s ranks since September and came in seeded for the 2nd time in an 18s event this level. Ariana powered through a tough first round and found herself in the final against a friend and fellow freshman Christasha McNeil. Ariana a former junior at the host site Christopher Morley, knew this event had sentimental value and didn’t  falter. Ariana won the final in fine fashion winning 6-0, 6-3 to win her first major 18s event.