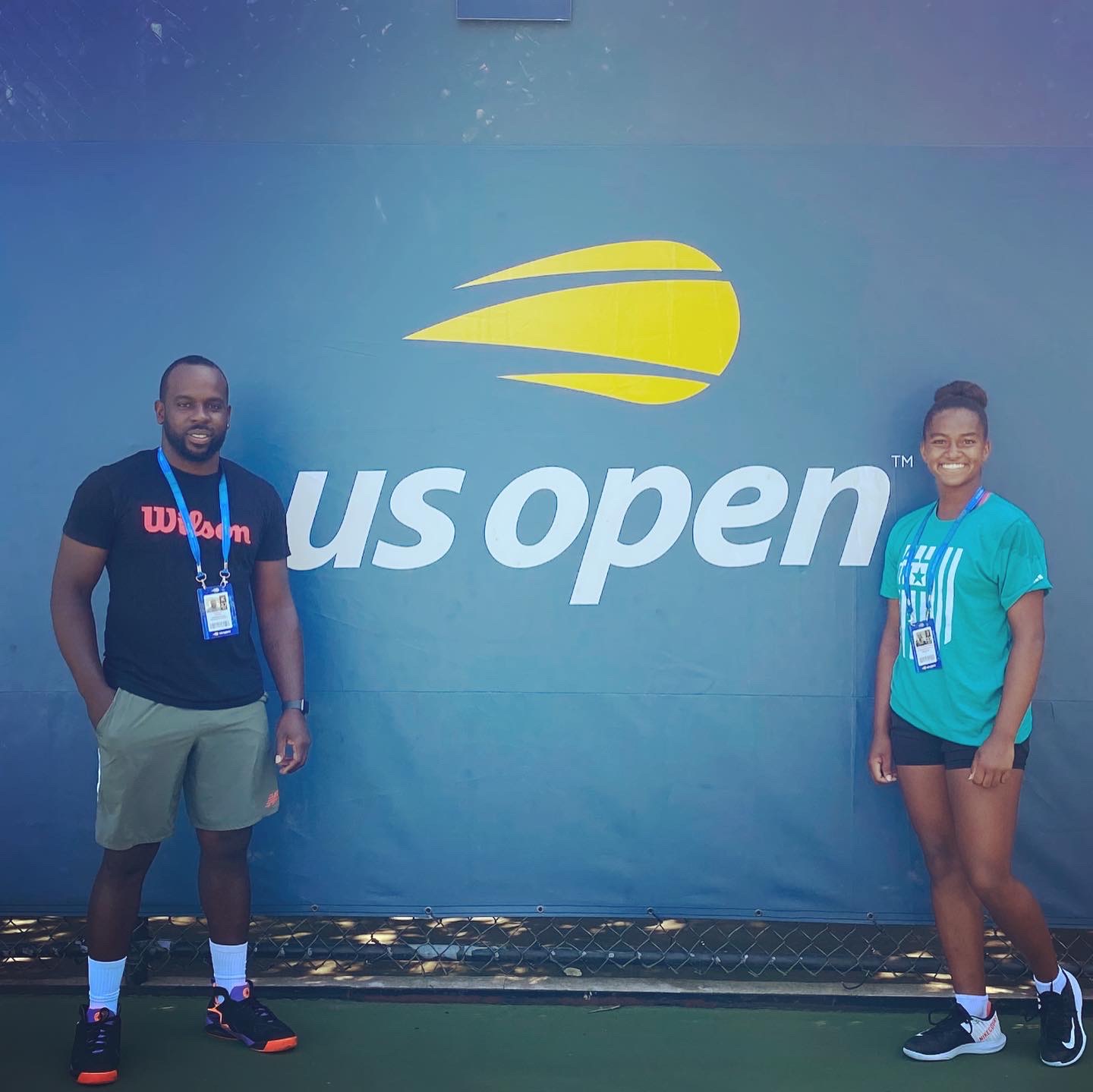 Ariana is coming off an impressive few months winning a G18s National L2 event, making the Finals of g18s National Clay Champs singles & doubles. These results have catapulted her to as high as #2 in the  G18s National rankings and thus the USTA afforded her a WC into the Qualifying event. In her first round Qs she would face the best 2007 junior in the world, who was also the reigning les petit as champion and European u14 champion. Ariana’s contest was heavily supported by friends, family and members from the tennis community, which energized her into defeating world #35 junior Brenda Fruhvirtova 6-2,6-4. In the final round of qualifying Ariana would face an experienced player from Taipei ranked as high as #4o ITF but would lose 13-11 in a match tiebreaker after having a match point. Her opportunity to compete didn’t stop there as she teamed up with local player Theadora Rabman to play doubles and they won their first round match in straight sets.